Jochem Fleischer was, for decades, one of the leading specialists for the calculation of complicated higher-order Feynman integrals, with many innovative, original results.

Jochem Fleischer worked from 2002 till 2014, and enhanced after his retirement in 2003 at Bielefeld University, in close collaboration with the DESY, Zeuthen Theory group.

The main topics were new approaches to the calculation of arbitrary higher-order Feynman integrals.

The results were mostly concentrated on:


Together with T.R. he studied also, with less effort, the general analytical representation of arbitrary one-loop Feynman integrals in arbitrary dimensions.
The basics were worked out in J. Fleischer, F. Jegerlehner, O. Tarasov, A New hypergeometric representation of one loop scalar integrals in d dimensions, published in Nucl.Phys. B672 (2003) 303.
The aim was to develop an algorithm for applications in arbitrary kinematics. This was beyond the scope of the FJT article, but of potential interest for applications.
This project was more ambitious than expected and was much later finished with a new approach:
K.H.Phan, T. Riemann, Scalar 1-loop Feynman integrals as meromorphic functions in space-time dimension d, published in Phys.Lett. B791 (2019) 257.

A summary of results from work of Jochem Fleischer with Andrea Almasy, Ievgen Dubovyk, Janusz Gluza and T.R. on the reduction of 5-point to 7-point one-loop Feynman integrals was basically finished few days before Jochem left us. It is yet mainly unpublished; but see a talk by T.R. 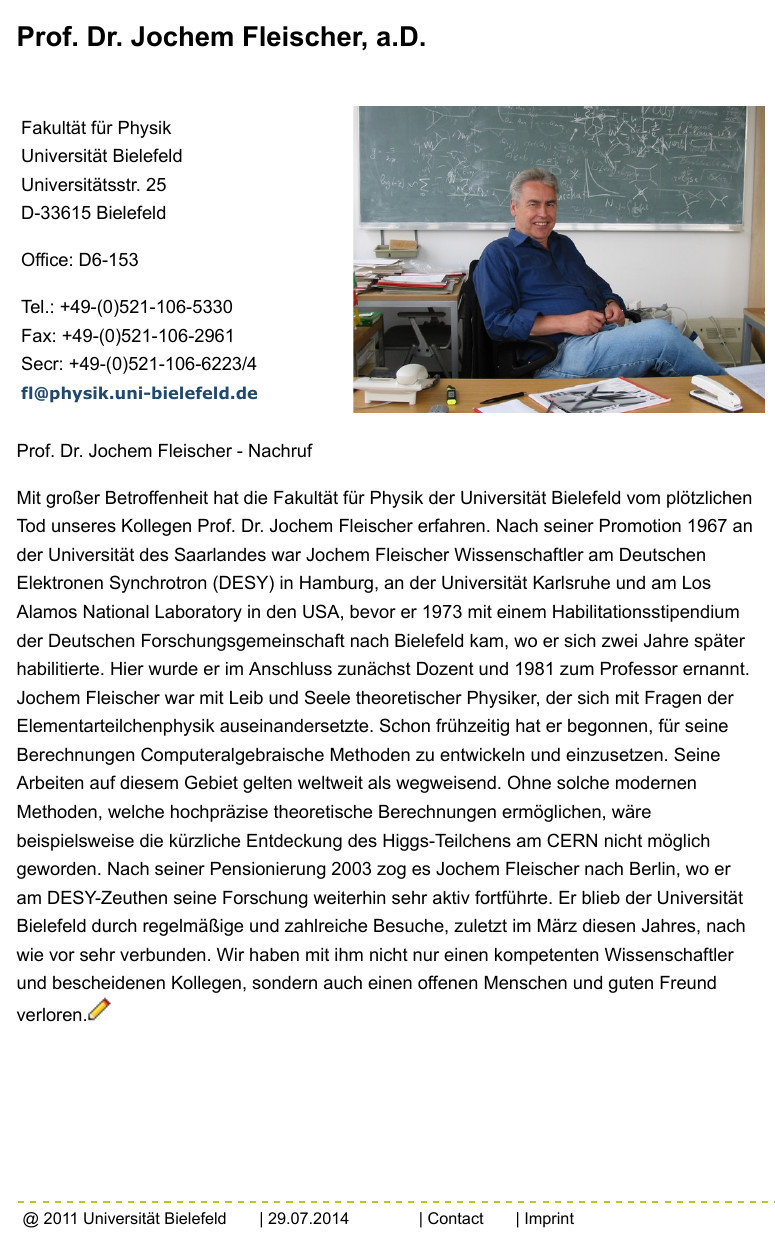 This work is licensed under a Creative Commons Attribution-ShareAlike 4.0 International License. © 2012-2020 by Tord R. Riemann Disclaimer